"Plexus is so confident in the power of their products that they guarantee you will notice a difference in your life. There is no risk. " 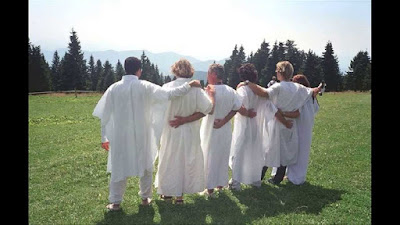 Plexus Worldwide has thousands of cult minded individuals that regurgitate information passed on to them from someone else.
This second hand information tends to be spewed down the pipeline from a person that has a high rank as an Ambassador of Plexus Worldwide.
Their source isn't always known or given, and typically, nobody will question a person with this sort of "celebrity status".


The Ambassadors of  Plexus Worldwide will not question or dispute information, as they are Afraid.

Afraid to be shunned by other Ambassadors,
Afraid to be outed in any sort of public or private forum,
Afraid that they will not 'make it' in this cut throat industry if they don't follow the other sheeple,

The Customers of Plexus Worldwide are being mislead by every Plexus Ambassador.

When will people wake up and understand that this company and these products are not needed in order to be healthy.


Where are these clinical studies of Plexus?

Better yet, what is a Clinical Study?

WE HAVE SOME NEWS TO SHARE!!!☝🏻️☝🏻☝🏻Friends, something big happened yesterday!!

Plexus has been under clinical studies for a while, and yesterday we got the results...

Our products are PROVEN in clinical studies to cause WEIGHT LOSS.

Plexus stopped allowing the use of Before and After photos
because we wanted to ensure that we had the strongest possible scientific substantiation to support the claims made with these Before and After images.

Plexus has a new study regarding the Tri-Plex Combo and Plexus Slim, which investigated the safety and efficacy of dietary supplements on weight loss in men and women with a BMI (Body Mass Index) ≥27 kg/m2 over 8 weeks. In a multi-center, double-blind, placebo-controlled, randomized trial, 196 subjects were randomly assigned to either Plexus Slim supplement (one pack, twice a day) or Plexus Tri-Plex supplements (one pack of Slim, twice a day; one capsule of Bio Cleanse, twice a day; and one capsule of ProBio5), or the corresponding placebo controls.

This new study supports the use of Before and After images for Plexus Slim and Tri-Plex as long as they are approved by Compliance and include the appropriate disclosures.

Now is the time to give Plexus another chance!