What the current CEO of Plexus Worldwide is all about

"We have a philosophy of treating people first-class,"

"The last time your average 45-year-old had a round of applause for them was when they walked across a high school or college stage to receive their diploma. Recognition is key."

Wow! What a douche bag! 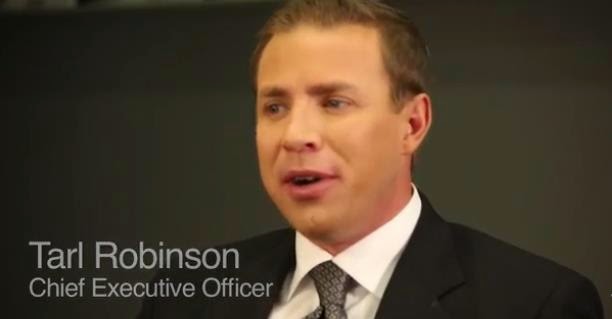 Tarl has made his way from Washington to Arizona where he currently plays the role as CEO of Plexus Worldwide, a multi-million dollar operation.

Until recently, I was confused about what Tarl Robinson had to bring to the table. Even more so confused when Plexus president Alfred Pettersen left, and Tarl took over the reigns. I finally found some time to devote to finishing my information quest on this young man. Born Feb. 1978. Now that I'm somewhat done, I can share it all with you.

I'm assuming that Tarl Robinson is the son of Shirley Pontious of Washington. Tarl's biological father,  Mark Wayne Robinson passed away July 30 2004. Shirley married the late MLM legend Ken Pontious of Enrich. Ken passed away in 1999. It has been said that Kenneth E Pontious made more money than the president of the United States at one point in time. Due to his health, it is said that the passed away due to brain cancer, he had a living trust and Shirley was named.

So it is clear to me now, that the connection that exists between Tarl Robinson and Alfred Pettersen is one of many years of business dealings in some way or other. I would assume that due to the age difference, the dealings were mostly with either Ken Pontious or Shirley. Alfred was also with Enrich, and verified by documents that take us back to: www.teamparagon.com where it shows us that in July 1997 Alfred Pettersen was a speaker in Hawaii representing Enrich under Ken Pontious and TEAM Paragon.

I've always thought that Tarl was being used as "a face" for other reasons. I can only imagine that those other reasons have to do with what one does in the business world to hide money and so on. I'm not saying this is the case, but I have a vivid, active imagination, and what I have been learning about the world of MLM's and weight loss products, nothing surprises me any more.

Tarl is recorded to be in business with Shirley for the following companies:

Tarl Robinson, 19 years of age,  is listed as "Manager"
alongside the other "Manager" Shirley Pontious

Important to note: PMB is the abbreviation for Postal Mail Box 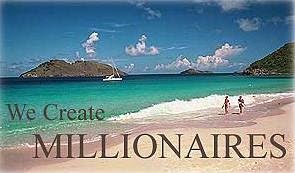 
VIP Educations Systems acts as a sister company to Team Paragon and offer the sale to distributors of books and a slew of audio tapes and booklets that help to promote 'healthy living'.

They refer to this business as "VIP VALUES INTEGRITY PEOPLE" oh no.. the " I "word
They file for trademark in 2004 with an address at: 14821 North 72nd Street
Scottsdale

Even though Tarl is not listed here, thought I'd share Shirley's business that has a residential address listed. 16404 13TH AVE SW BURIEN, WA

Tarl, 23 years of age,  is listed as "Manager" AGAIN alongside the other "Manager" Shirley Pontious

R S PONTIOUS FAM LIVING TRUST along with Rodney Wilkinson, Bob Andres was formed. Records indicate that in June 2015 this business was dissolved. The reasons:

Some may know Rodney Wilkinson due to his association with Shirley Pontious and their venture "COLONY CROSSINGS TRAVEL INC." in Florida with Robin Largay
and Ken E Pontious Inc, just to name a few

I should write an encyclopaedia

Tarl is listed as "Manager" alongside the only other "Manager" R. Shirley Pontious,

Both list the address: 8711 E PINNACLE PEAK RD PMB#268 Scottsdale
This business is listed as Revoked

Tarl is listed to as a realtor with "Value Max Realty"

Tarl shares this with his cousin/family member Jennifer Pike and Alfred Pettersen.
Tarl's sister is Janice Pike.
This business is no longer active and was listed at: 7025 E GREENWAY PKWY #250 Arizona

2005 ~ Plexus Wireless, under James Goble was formed
2006 ~ Plexus Worldwide was registered as a .com website. (October 9)
2006 ~ Plexus Pink was registered as a .com website. (April 14)
2008 ~ James Goble removed himself, or was removed from Plexus Wireless and the business changed to Plexus Worldwide which is actually listed as Plexus Holdings.

Not sure if "RA I" is Tarl or a type or RA I Robinson but I'm exposing this here. 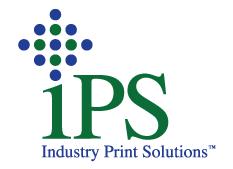 Tarl Robinson is listed along with David Hardman.